So it has happened that day 2 has come and gone. I haven’t written any code, but I did have quite some time to contemplate on what I’d like to build. It was a day filled mostly with punting about some game ideas with colleagues contemplating what we’d like to achieve with this game jam. 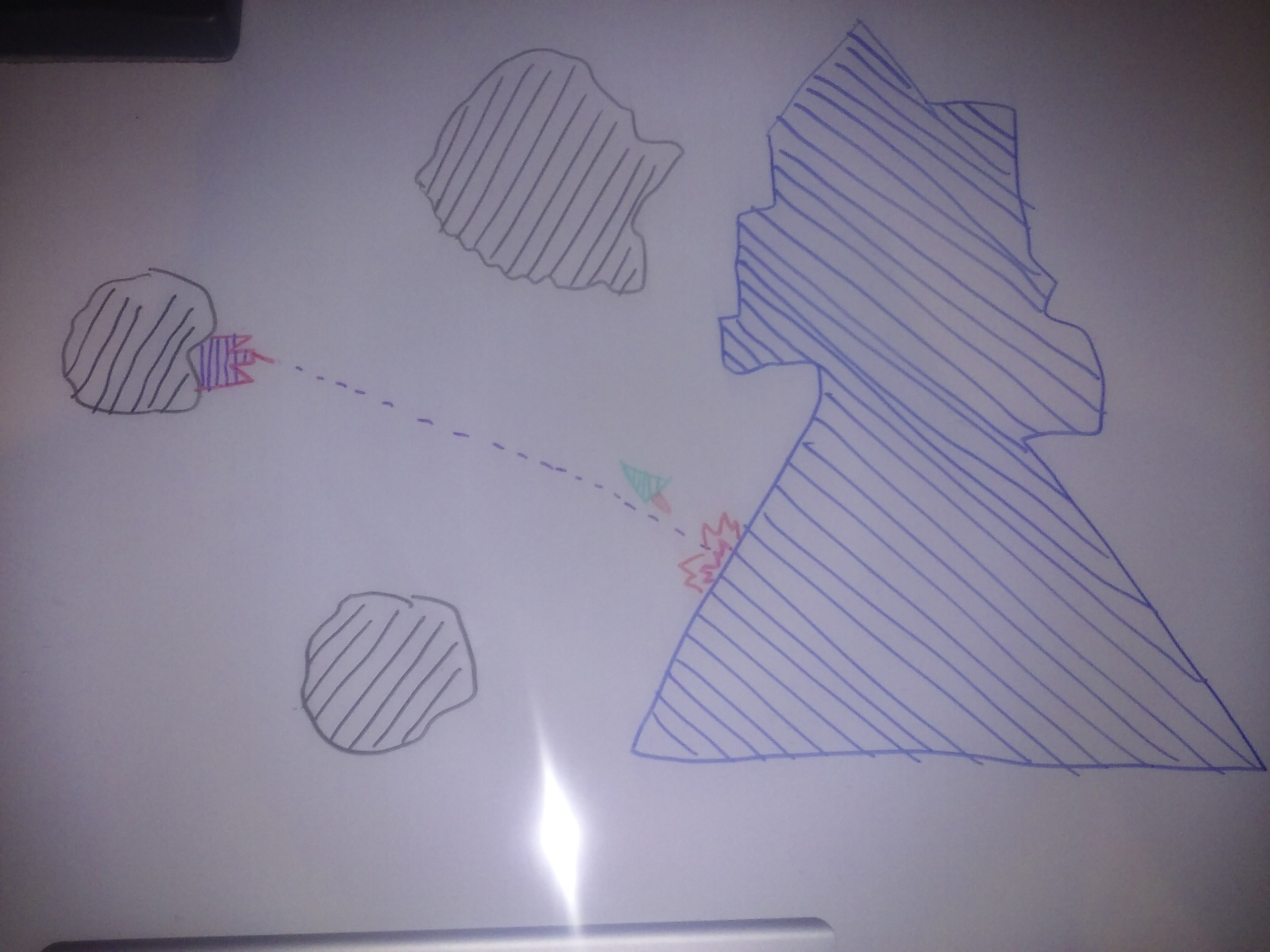 I’ve committed to building a small little space exploration game, but I was unsure what mechanics I’d use to build on top of that. For movement I see one of two options:

The two methods vastly differ and will have to be supplemented with different mechanics to make it a fun game. The simple movement will allow for a more focus on supplementing ideas, but it might be quite difficult to build enough that will provide a nice experience. Having built a kind of Asteroids clone previously in the 8 hour Entelect Jam I wrote about here.

The game I built there, dubbed gravity-fight, was very basic and mostly just a prototype with n-body gravity. It had no polish on it though and ended up with a lot of chaos as getting stable 3 body systems prove to be very difficult. I’m opting to apply movement in a realistic way and have asteroids with gravity so the player can adjust accordingly.

Doing this it does not quite fit into the theme yet, but there are some things to consider:

The last part of this game that I’m taking into account is the environment. It should ultimately define what playing this game would feel like. It’s also what the upgrades to your ship will be used for. So looking at what we can do to the environment I’ve thought of the following possible elements:

I’ll be taking on this concept and running with it this first week of the jam. So looking at the small set of ideas I’ve explored now it’s time to set some goals. I’ll start with my elevator pitch:

You’re interstellar ship has broken down before you were able to get on course and you don’t really have an idea why. This left you stranded in an asteroid field and now you’ll have to use one of the multipurpose space crafts to gather what you need in order to get everything up and running again.

What I’ll need for this to start working would be as follows:

Now that’s quite a list, but I’m sure it won’t stop there so I’ll have to be careful not to drown myself in scope creep. Most of the current ideas I have in mind relate more to the end goal I have talked about with my cousin.

Publish this game to some store!

Ultimately I’d like to make a living out of making games. This is not going to come easy and sitting around waiting for a great idea to come by that might then just fall flat on it’s face because I’ve never published anything before is not an option. I’m likely going to publish it to itch.io for a miniscule amount.

So now that I’ve got an idea of what is waiting on me I’ll have to get started. It’s been slow today as I’ve only been able to create the Unity project and ensure that it’s checked in on GitHub. If you’re keen on following development on this I’ll be pushing my changes to the repo I forked. I’ll be updating the Readme soon and once I’ve also got code on there feedback would be much appreciated!

I have discussed possibly jumping ship and joining my cousin if this idea does not resonate as well with me anymore after a week and vice versa, so we’ll have to wait and see what the week holds in store for us. That’s it for today!