My pondering on how to approach the bomber has paid off! I ended up drawing a little bomb called tiny. I put in my best attempt at using my own limited set of programmer art skills and made the sprite seen below. 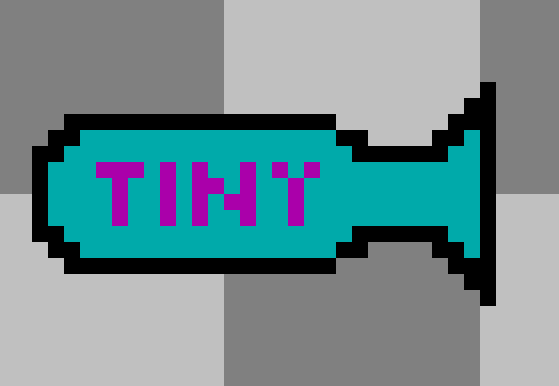 I’ve also managed to reuse the solution Matt had used for the parachutes on the paratroopers in that all I did was to attach a rigidbody game object to the tail area of the bomb and have it apply some linear drag. It will be interesting to see how attaching this bomb to the transport plane, but for now I have a solution that doesn’t require writing code to animate a bomb being released and turning as it falls to the ground.

Matt also made quite a bit of progress on the guards. From what I’ve seen he’s reused my “pew” sound I initially recorded for the main cannon and pitch shifted it to have a guard step out and take a shot at enemies. Unfortunately I couldn’t get my hands on the GIF he sent me for the animation so you’ll have to wait for his update tomorrow to get your hands on the good stuff. With a falling bomb all I have to do now is figure out how to attach it to a plane and have the plane drop it with some precision on the bunker. It will likely be some trial and error, but shouldn’t be rocket science. That’s it for me, now back to work!