I’ve been a bit quiet this weekend as I needed to unwind a bit. It was a mostly unproductive weekend from my side, but I did manage to build the flak cannon’s shell tonight, which is basically saying that the flak cannon is done because we’re just swapping out the ammunition for the desired effect.

With relative ease I managed to setup a shell to reuse the explosion logic from the bomber, this time just with a timed “fuse” instead of just exploding on impact. Below is an image of the carnage I managed to create. 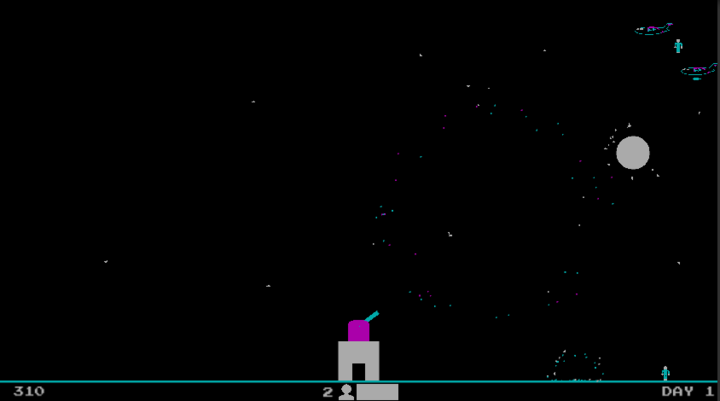 It’s now a lot easier to ward off those pesky paratroopers as the flak shrapnel not only damages the planes flying overhead, but can also kill them. Matt then mentioned I should make the shrapnel from the flak cannon have a limited lifespan so I quickly set off to create a new shrapnel prefab for the flak cannon which will have a limited time before it dies out. I then had to find a quick and dirty way to spawn this new prefab without creating new prefabs to initiate the blast so I hacked it a little by specifying to the blast prefab which shrapnel prefab to instantiate. This had the side effect of me likely dragging the shrapnel blast prefab onto the script which had the amusing side effect of creating a flak cluster bomb cannon. 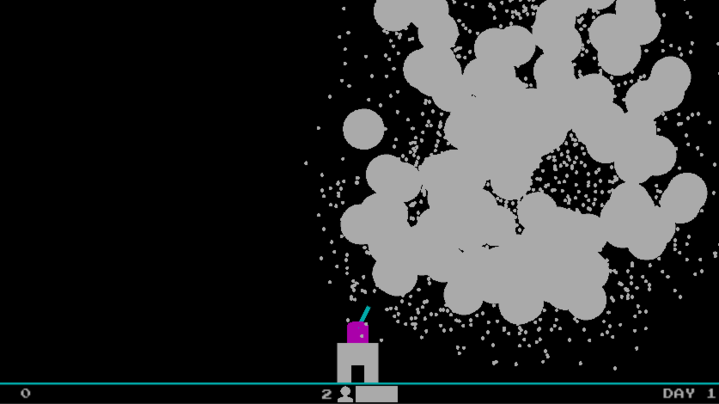 This might make a cool uber powerful weapon in the future, but sadly I had to resist the urge to keep it. Matt has been hard at work building in some basic level progression, but sadly it sounds like we have some random bugs happening now. I’ll focus on adding extra sound for the last few days hoping that we’ll get a nice juicy feel out of the game by then. That’s it for today, now back to work!