Day 3 has come and gone! I awoke to an invite from my cousin to collaborate on the repo he had created on GibHub as well as a bare-bones structure of the initial repository. We had a quick chat on Slack discussing what he had done as well as the little bits he’d already implemented. I must say I was very impressed to hear that he’d already figured out how the turret should function. As he mentioned in his update yesterday Paratrooper did not turn out to be that popular of a game, but we’re set on trying to change that perception with this incarnation.

As you’ll notice in the screenshot below this is the initial turret and paratrooper that Matt had drawn in a working state. I’m saying working because the current feature-set includes a falling paratrooper as well as a turret that fires. 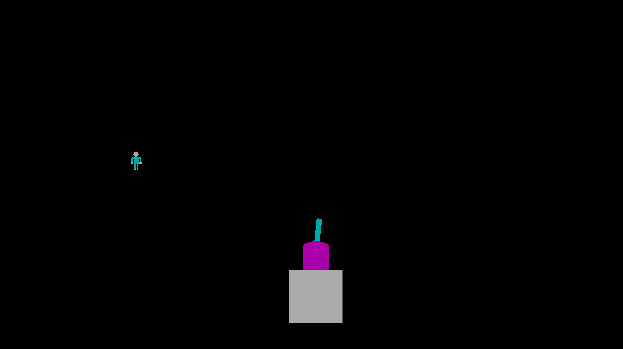 This is by no means me trying to bash my cousin’s work, I’m actually really impressed with what he’s done. He’s added the small touch of having the shells be influenced by the physics so it’s not just firing them in a straight line, but rather a more realistic ballistic trajectory. That remains to be seen at a later stage, but one thing I tried as soon as I noticed it was to see if I could stack the shells on top of each other. 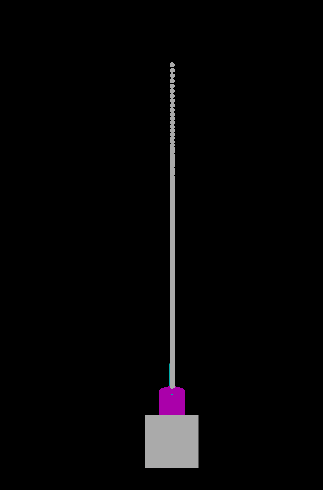 Well I would say that was a complete success! From his itinerary he mentioned having the shells cause explosions as a next feature to develop so as to be able to blow up the falling paratrooper. I’m planning to jump in on doing some sound effect recording to give the turret a little more feel. We’ll also be getting together on Sunday to discuss all our ideas, something that’s already had us discussing quite an extensive list of possible features. No back to work! Oh wait, tomorrow is Saturday. Yay! Back to lazing around!