Now I know what you’re thinking and no, it’s not like the sweet stuff. We had an 8 hour Game Jam today where I had a LOT of fun making a small little game.

It was a rough start as I first had to in to work and finish up some stuff, but luckily I only missed 1 hour of the jam. We were provided with some startup assets that constituted a very basic version of Space Invaders. The theme was to basically do anything we please as long as we use some of the assets provided. The assets consisted the beautiful Kenney Space Shooter Redux as well as some basic movement and weapon scripts. 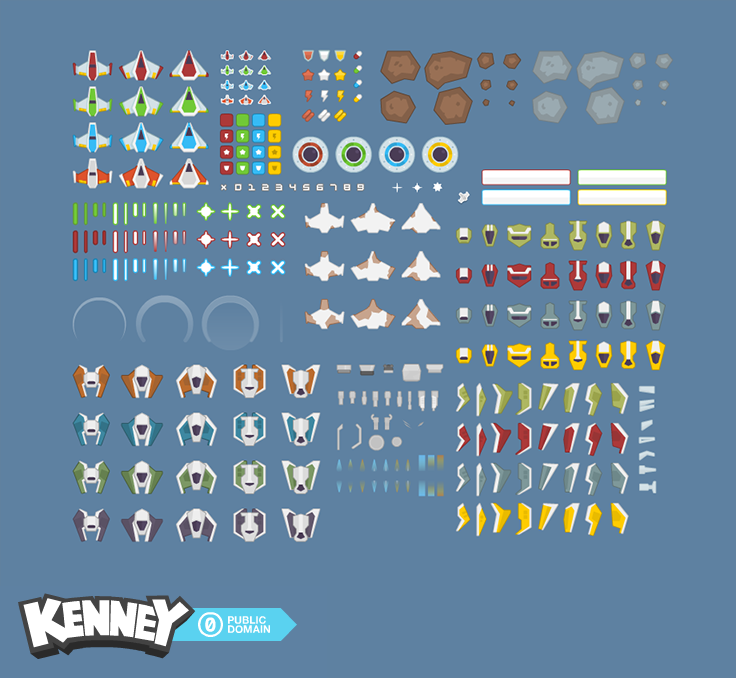 Armed with this I set out to find an idea and thought of utilizing the built in physics engine in the Unity3D Game Engine. I had some initial ideas, but I settled on a game where you’re orbiting an asteroid and you’ll be shooting at something. So fiddling with implementing basic gravity in the 2D space I had a quick prototype with multiple bodies of gravity that could interact with one another. It consisted of static asteroids and a spaceship that can control it’s movement vector by rotating and firing it’s thrusters.

I then worked on fixing my gravity equation as what I had was kind of the opposite of actual gravity - the farther away you were from a body the higher the change in velocity was. Once I fixed that someone mentioned I just go ahead and try having the asteroids also interact with each other. I did this and it immediately changed the gameplay up till a point where I was putting in about 6 asteroids and just flying about trying to get to a point where I don’t escape the system.

I then moved on to have everything wrap around the screen - meaning once you move off the top you reappear at the bottom. This added a strange dynamic where under certain conditions you’d start accelerating more and more as you fly around the screen. I left it at that merely because time was running out and I had to find a way to add more gameplay than just flying. I merely added some laser cannons that would destroy asteroids as well as a spawning mechanic that would spawn new asteroids into the game world.

That was about it. This game can definitely do with a LOT more polishing and I see this prototype maybe going in multiple directions. If you’re interested in having a look at my code head on over to the GitHub repo I used. Go ahead and fork it. Play around with it and see what you would change. If you’d rather just go ahead an try the game head on over to cyberwiz.itch.io/gravity-fight and grab the binaries.

Anyways, that’s it from me now. Now back to work!